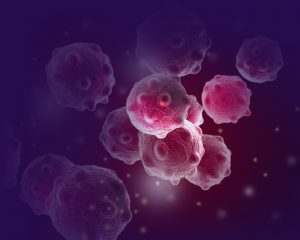 Unable to validate some of their hypothesis, scientists often remain with many pending questions about cancer, especially regarding the metastatic process and the failure of preclinical studies: how come that some cancer cells exit the site of origin, enter the blood flow and attack another tissue? Why certain drugs do not have the expected effect in patients compared to pre-clinical studies in animal models? Such questions are hard to tackle with the cancer models available today.

Animal models, on the one hand, offer a unique venue to insert a tumour in a complex system made of connected organs. But the human-derived cancer becomes surrounded by a non-human physiological system. Therefore, the growth, development and response to drugs might differ, resulting in false positives that waste researchers’ time and money. The human metastatic process is even harder to reproduce in an animal model as it requires multiple connected organs.

On the other hand, the available in vitro approaches are generally bi-dimensional and lack the 3D complexity of a living organ. For example, standard cell cultures on a monolayer are an isolated system in which cells don’t behave differently according to the position and exposure, a behaviour far from the heterogeneity typical of cancer cells. The recent developed organs-on-a-chip (OOC) technology has upgraded the cell cultures to a 3D microfluidic chip where several 3D tissue constructs are connected with a network of sub-millimetre vases, that transport and distribute nutrients and soluble cues. However, the quantities involved are low – microliters and thousands of cells –  making OOC suitable for automation and high-throughput screening but not for in-depth analysis.

To not jeopardize the reliability of the results and to understand the mechanism of metastasis, in vitro models should include all the factors that affect the process and better resemble the human physiology. The device developed within B2B will become the first cancer model that brings in vitro the 3D upgrade in clinically-relevant dimensions (macro-size tumour tissues), all in a connected system entirely based on human physiology.

The new technology should overcome the drawbacks of today’s in vitro and in vivo models by mimicking the human physiology as a system of connected organs. The connection via a fluidic system is particularly critical in B2B, as it will use macro-to-micro bioprinted vases that should reproduce the different sizes, branching and features of the blood vessels and at the same time be directly connected to the capillaries from the tumour tissues.

B2B has selected the metastatic process of breast cancer to the bone as its first application, since it represents a major hurdle in the fight of breast cancer. Breast cancer is the most common in women worldwide (25.4% of the total number of new cases diagnosed in 2018) and its most common metastatic site is indeed the bone (70% of the cases). In the B2B device, a patient-derived breast cancer lesion will be connected to an in vitro reconstructed bone, a marrow-containing ossicle. However, the technology developed in B2B is versatile and the same system might be applied in the future to study other types of cancers with similar features.